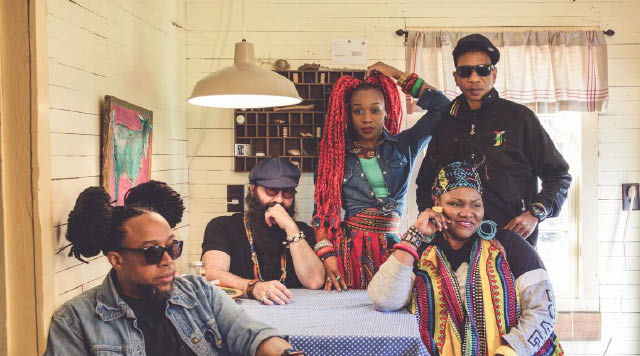 True Hip-hop trailblazers since 1991, Arrested Development has been cultural champions of consciousness and empowerment across the planet. Their representation of eclectic and vibrant African sounds and clothing has produced a unique clash of rhythms and style that continue to contrast the expected look and sound of Hip-hop culture.

Arrested Development have been supporters of important groups and movements like the National Coalition of The Homeless, and the African National Congress (ANC).

With numerous album releases, and world tours, Arrested Development has been ground-breaking in Hip-hop culture. Their album, “3 Years, 5 Months and 2 Days in the Life of…”, earned them two Grammy awards for Best New Artist and Best Rap Single (Tennessee), 2 MTV awards, a Soul Train Music Award, and the NCAAP Image Award. Rolling Stone magazine named them Band of The Year in 1992, while VH-1 named them one of the greatest Hip-hop artists of all time! The Rock and Roll Hall of Fame even named the AD smash “Tennessee” one of the 500 Songs That Shaped Rock and Roll.

Their shows are a celebration of life. Experiencing an Arrested Development concert is an uplifting and spiritual event wrapped into one big party!

Cost:
Tickets from $25.00 plus taxes and convenience fees