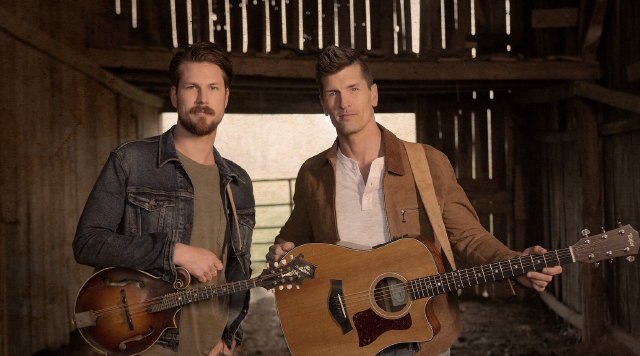 May 9, 2020 • 8:00pm Access Tickets from $35 High Valley Website Facebook Buy Tickets
With their flavorful blend of bluegrass-tinted country, Brad and Curtis Rempel comprise the critically acclaimed Canadian-born, Nashville-bred duo HIGH VALLEY. The brothers have received praise from Rolling Stone, Pandora and more for soaring harmonies and memorable songs influenced by artists such as Ricky Skaggs, Diamond Rio and the Everly Brothers. Their international appeal has already earned them more than 200 million streams across the US and Canada alone. The duo is now kicking off their next project with their newest song, "Single Man." Their debut Atlantic Records / Warner Music Nashville single "Make You Mine" has been certified Gold, and their most recent hit "She’s With Me" became their first Top 10 at country radio. In addition to their multiple CCMA Awards wins and Juno Awards nods, they were recently nominated for the ACM New Duo of the Year for their second consecutive year.

With their lauded major label debut album Dear Life under their belt, High Valley continue to make waves as a breakout act in country music. In addition to appearances on Live with Kelly and Ryan, TODAY, and CBS This Morning, the rising duo has brought their music to fans across the world alongside the likes of Shania Twain, Brad Paisley, Keith Urban, Tim McGraw and Faith Hill. SiriusXM Presents: The Highway Finds Tour marked their first US headlining run, and they wrapped Old Dominion’s Happy Endings World Tour this winter. High Valley spent the first part of 2019 on the road with Paul Brandt and are currently in the studio working on their upcoming project.
Cost:
Tickets from $35 plus taxes and convenience fees